Pastor Bakhe Is Parenting In A Modern Stone Age 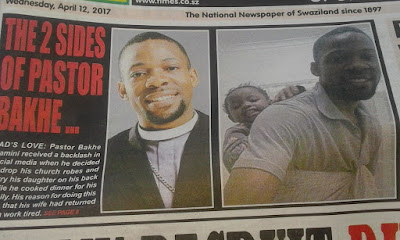 In a previous column I remember suggesting that people of my generation ought to have had ‘Step Parenting’ as part of their schooling syllabus; to prepare us for the reality we now face as middle-aged adults.
Clearly, I was jumping the gun. Judging from the response to Pastor Bakhe Dlamini’s publicized photographs of him piggy-backing his child. It’s clear that we ought to have had just simple “Parenting” and “Leadership” as schooling subjects. I mean...what Stone Age era is this that would have people discredit another for going about his parenting duties?
I’m genuinely and thoroughly gobsmacked at the negative comments directed at Pastor Bakhe. Firstly, because I honestly and truly never imagined that anyone would fault such a responsible act. All this has left me wondering what we are as humans. What is so wrong about a person demonstrating Ubuntu towards another – his children and wife? 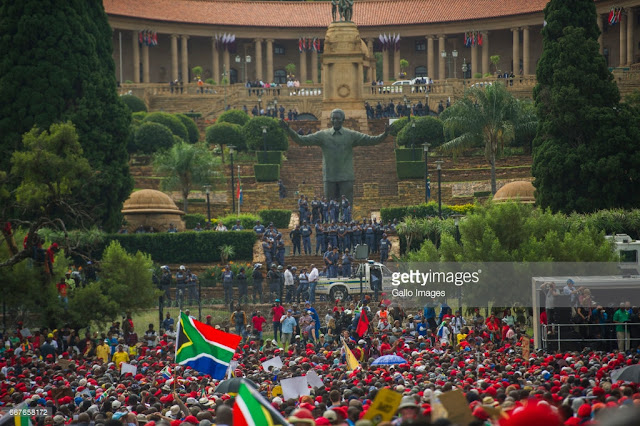 April 12, 1973 – I was yet to be born in Swaziland. This is the day recorded as the day King Sobhuza II, announced he was repealing the country’s 1968 Constitution which freed Swaziland from colonial rule.
April 12, 2017, I’m 37 years old, walking down Church Street, Pretoria, South Africa, headed to the Union Building lawns. Here, I’m joining thousands of South Africans delivering birthday wishes to Jacob Zuma – a wish to have him step down as President of the country.
It’s this short walk to the lawns that opens me up to reflections of living the contrasting truths of these two historic dates of my lifetime.
Avoiding eye contact, I walk past the South African police neatly littered throughout Church Street and the Union Buildings entrance.
I also pass a group of young men sitting on the pavement. I don’t know what makes it obvious to them that I’m headed for the march because I’m not wearing any political party garb…yet…but one asks, “Are you a Fighter? uyiEFF?”
The way his qu…
1 comment
Read more 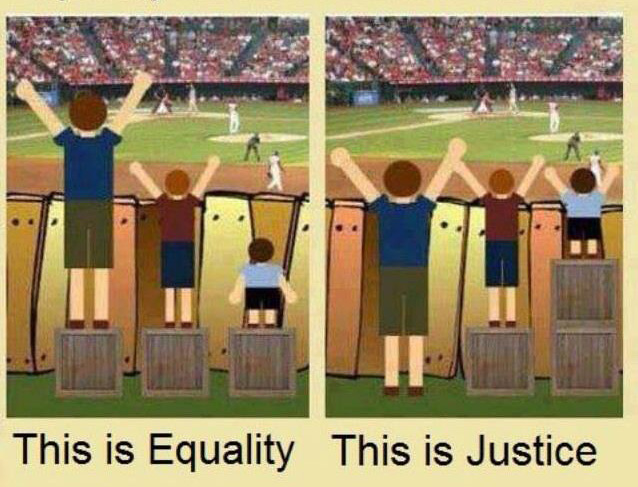 E.X.A.C.T.L.Y!!!
That reaction you just had reading this headline is the reason why gender parity ‘advocacy’ cries like “Men are trash” are a problem. “Men are trash” has been trending on my Facebook timeline for a while now and more intensely over the past week or two.
I’ve tried hard to avoid being part of the debate in past months because of how quickly it tends to derail to accusations and even profanities and how you haven’t dotted your i and omitted a full stop in a sentence. But I’ve always felt a sense of duty to give my contribution towards shaping our societies, so I’ll address a few issues raised by this feminist rallying call.
Firstly, before I’m accused of pissing in the face of the ‘Woke’ and on the feminist agenda, let me state it outright that this is not an article aimed at telling feminists, who are mostly women, what to say and feel about what they have identified as their struggles or even how to react to vignettes of their experiences with the trash that is men.…
Post a comment
Read more 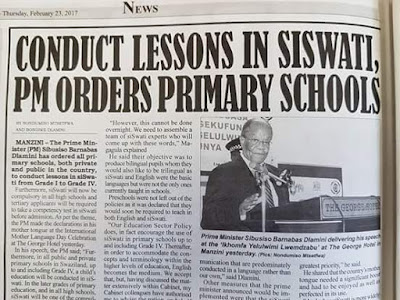 How about compulsory Sign Language? Did anyone of our education, public policy and even politics experts consider this question when listing all the compulsory things to tick off of a Swaziland politician’s bucket list of orders to announce before they turn President Mugabe’s age?
Ok, maybe not the bucket list but who’s ticking off OUR Vision 2022 list? Does it answer my question; how about compulsory sign language and braille to accompany the compulsory Christian and siSwati teachings? Or do we want deaf and blind people to be the heathens that we think we are not when we banish their cursed bodies to dark hell holes - away from contaminating OUR society?
I will refrain from my usual banter of questioning the who, what, where, when, why and how that informed this ‘avant-garde’ decision because I love siSwati like I love Miss – the teacher who made me fall in love with the language in high school.
I remember as a new job seeker in my early 20s; during Joburg interviews, I’d make sure…
Post a comment
Read more 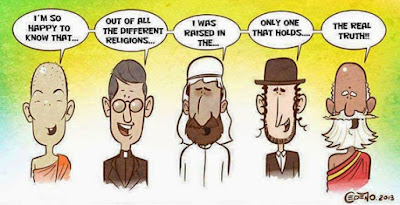 What a time to be alive! Let’s just say I barely survived; my soul was like a Ford Kuga 1.6 EcoSport; combusting at the edges from holding my breath because Yahya Jammeh is the god of coup d'etats.  My soul was drowning in the January 21 sad sea of worldwide protests calling for the recognition and respect of women’s and human rights. Or was it my own sins showing me flames when the announcement that starting this week, Swaziland’s schools would have to teach no other religion but Christianity? It was surely tough dealing with all these stratagems that point towards a religious erasure of our human existence.
Fundamental rights and Freedoms The common thread in the above scenarios is the complete disregard for the Constitution of each country. A country’s Constitution is the voice of the people; at least it should be upheld as such since it is ordinarily crafted by the people and for themselves towards self-determination.
In the 2005 Swaziland Constitution for instance, the people a…
Post a comment
Read more

It’s holy. It heals. Legalize it. 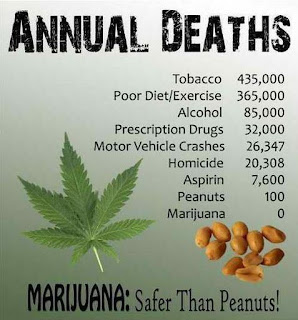 If you’ve ever read a public notice that concludes, “By Order” and never understood what that means; I bet the past 14 days have given you more than an understanding - comprehension – and that’s all I have to say about that. Said like a true Executive huh? I wish I had that kind of authority because I’d have long declared “Legalize it in Swaziland”… and that’s not in reference to Valentine’s Day but Marijuana.
Marijuana is called ‘the holy herb’ so our national status as Christians shouldn’t be under any moral threat. Seriously though, world over, medical researchers agree with what my forefathers knew all those centuries ago, that marijuana has exceptional medicinal properties that can heal even the most painful and deadly of diseases like Cancer, Kidney failure, Epilepsy and Diabetes.
The other day in Manzini, I bumped into a relative that I hadn’t seen in quite a bit. She looked so frail in her black attire…too weary for her age. I wondered if it was because she was terribly missing…
5 comments
Read more

Yes, It Is Democracy! 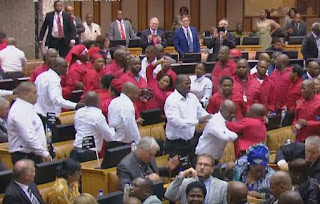 So, for the third year in a row this Thursday, we witnessed the organized chaos that has become the official opening of the parliament of the Republic of South Africa. And subsequently for three years running we’ve watched the misplaced excitement of fellow Swazis mockingly quip; “So this is democracy?”… “If this is what democracy like, then no thanks”…Well hell yes, it is democracy.
Julius Malema and co’s democracy is in fact, the very same democracy that allows you to drive from Mbabane to Nelspruit for shopping at your favorite Riverside and Ilanga Malls. It is the very same democracy that has you coercing your secret lover to drive you to the big city lights of Johannesburg for a Chris Brown concert.
This democracy that has Mmusi Maimane and Mosia Lekota walking out on the giggling President Zuma before he starts delivering his State Of The Nation Address is the same ‘democrazy’ - as some even call it  – that has you making plans for a friecation or baecation to the beautiful C…
Post a comment
Read more
More posts